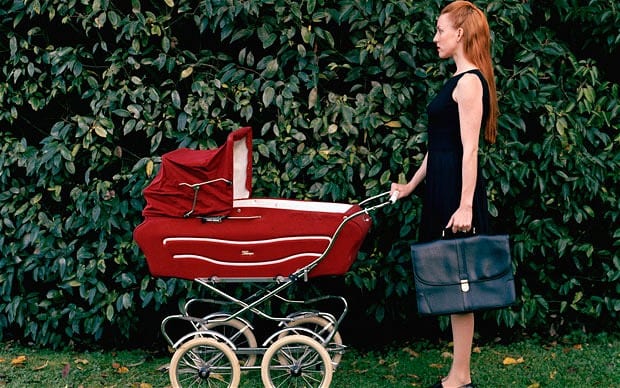 When it comes to being a single mother, the two most important characteristics of a job are flexibility and salary. And while those elements are found on a company by company basis, there are certain industries that lend themselves to being more flexible than others.

The most flexible professions include sales, public relations, health care and real estate. As an added bonus, employees who work in those fields have the potential to make decent salaries. Education is also on the list. Although the hours are set, they’re likely to be the same as their school-age children’s.

Of course not all companies in those professions are ideal for single parents. That’s why single moms must do their research to find out how family friendly their potential employer is. Among the characteristics they should look for (aside from the ability to control their own schedule) are flex time, job sharing and on-site child care.

One place to start is Working Mother magazine’s annual list of 100 best companies for working mothers.

From there, moms shouldn’t be shy during the interview process. There are ways to tactfully learn if their potential employer allows its staff to work from home and adjust their schedule according to their child care needs. Of course it can’t be the first thing asked in a job interview. But it is reasonable during the second or third meeting to say things like: Tell me what it’s like to work here; how do you find working here personally?; tell me about the opportunities to make use of here in terms of flexible environment.

Another way to learn about family friendliness is to ask if there are any affinity groups, says Jennifer Owens, an editor for Working Mother. Those are groups of employees that meet regularly on specific topics. For instance, many companies have working parent’s affinity groups or parents of special needs children.

If you don’t feel comfortable asking the interviewer, ask someone else within the company. Also, check out the company’s Web site to see what it says about values and work culture.

Much of this depends on where a single mother is in her career. For instance, Margy Sweeney’s two daughters were 2 and 5 when she got divorced. Sweeney was age 29 and still wanted to explore different careers. She was a marketing manager at a real estate firm and wasn’t convinced she wanted to do it forever. It became clear when her boss yelled at her for coming into the office at 9:15 a.m. after staying up until 4 a.m. to finish a presentation. It was particularly frustrating because she left the office at 5 p.m. the previous day to pick up her children from school. She continued to work on the presentation after they went to bed so she could meet her deadline.

“A single mother should look at a company and say, ‘Do they appreciate the work I do outside of regular working hours?,’ ” says Sweeney, who, since then, worked as a freelance writer and is now happily settled in her job as a PR professional in Chicago. In other words, find out if they’re results-oriented or if they simply want employees at their desks.

Some jobs, like nursing, require employees to be on-site. But there are lots of shift options so they can work while the kids are at school–or sleeping. The average national salary of a registered nurse is $49,534, according to CareerBuilder.com. Another well paying and flexible job in health care is physical therapy. They set their hours according to patient need, and there are many offices that allow them to work part-time. Their average national salary is $53,508.

Still, single parents need to prioritize their needs. Companies that provide the most flexibility don’t necessarily offer the highest salaries. Think medical transcription. They listen to dictated recordings from doctors and transcribe them into medical reports. The upside is they can work from anywhere; the downside is they often make less than $30,000, according to data from CareerBuilder.com.

It’s a balancing act–something single parents are very familiar with.