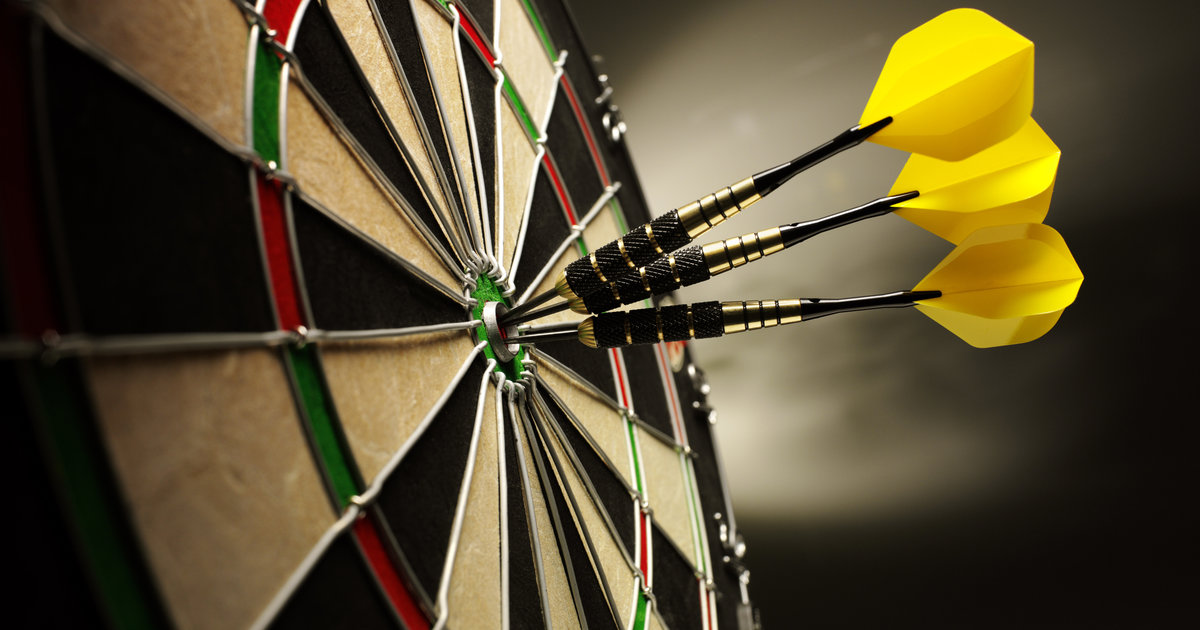 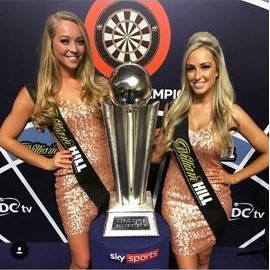 A Dublin-based model and ‘walk-on’ girl in major darts competitions around the UK and Ireland, has hit out at the decision made, by the PDC to axe the position as part of a revamp to the competitions. Following feedback from the television companies who screen the events, the PDC took the decision last week. Rebecca Bowers has been a regular ‘walk-on’ girl at darts events in Ireland, both north and south, as well as gracing the PDC championships and has blasted the decision as ‘ridiculous’.

Established in the Nineties by the PDC as a way to add a touch of glamour to darts, walk-on girls have alleviated what was previously seen as a pub sport reserved for smoky men’s clubs filled with the stench of stale beer. Once revamped and ‘glamourised’ the sport has grown exponentially, with the PDC and BDO championships frequently pulling in mammoth viewing figures, the girls seen as a small, glamorous cog in the PDC machine.

With their pristine hair and make-up and figure-hugging dresses, some might see the practice as seedy, with ‘sleazy’ men at the heart who just want to see women wearing as little as possible, but Rebecca insists that nothing could be further from the truth.

“It’s not seedy or sleazy at all, I think that’s a really unfair view and completely false. We are never told how we have to dress or do our hair or make up at any time. We have the freedom to look how we want.” In addition, Rebecca rejects the criticism that the girls are ‘scantily-clad’. “People may think that we’re told to show off as much skin but in truth, the organisers would rather we didn’t.  Once we arrive at an event, we’re shown a selection of different outfits available to choose from, and we choose on the basis of what we’re comfortable wearing. No-one tells us what to wear and if they tried, it wouldn’t be tolerated by any of the girls. The kind of dresses we wear are the same kind that you would see many a woman wear on a night out clubbing. If I’m honest.”

One of the main criticisms of the practice is that it ‘objectifies’ the women involved, critics of the practice say that it allows the women to be seen as ‘sexual objects’ to be leered at by men which is something Rebecca dismisses out of hand. “In all my time as a walk-on girl, I have never felt objectified by anyone; not the organisers, the staff, the players or the crowds and neither have my fellow walk-on girls. It’s fair to say that when you’re walking out, the music and crowds are so loud it’s impossible to hear if anything lewd or crass is being shouted, but the darts crowds are usually a well-behaved bunch. Plus the events are crawling with security, who escort us us as we make our way to and from the oche, they’re on hand to deal with any bad behaviour should any arise.” We don’t interact with the crowds at all, and areen’t required by organisers to mingle with them during matches. Our ‘down time’ is spent in the dressing room chatting, fixing makeup or grabbing a bite to eat. Sometimes we’re asked to do in interview or something in a social media capacity, which can bring us front-and-centre and a larger part of the overall event, but other than that our time is our own.”

Speaking about the ban, now in force for all PDC events, Rebecca is scathing in her assessment. “I personally think the ban is patently ridiculous. A rumour was circulating in December that it was coming but once it was confirmed all the girls were told by the bosses immediately. The criticism of what we do is mostly from feminists, the very people who should be protecting and supporting our rights as women to do whatever job we choose. Instead they are tearing us down for doing a job that we love doing. If we didn’t want to do this job we wouldn’t do it.”

Rebecca has backed and signed a petition to reinstate the walk-on girls, thankful for the support it’s getting, which currently top over 41,000 signatures. “I’m delighted that the petition was started and it’s clear that we’re receiving huge backing from the darts-loving public and beyond, which is lovely.  We’re also getting backing from players, including Raymond Van Barneveld who has been vocal in his support. I hope it makes a difference.”

Following on from the darts furore, F1 grid girls have been given the axe also and Rebecca believes that we may be seeing the end of glamour in sport and has a message for the television companies who were responsible for bringing the ban. “It’s massively disappointing that this decision has taken the jobs from so many women like myself, all of whom were doing something that we loved to do and enjoyed. Thousands of fans come to enjoy every aspect of a darts tournament and this decision will take away a bit of glamour and glitz which has been synonymous with the events throughout the years. I don’t think darts will be the same.”