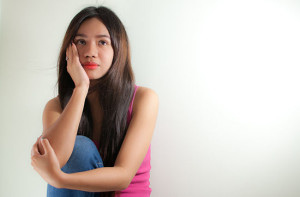 It’s easy to make a low-maintenance woman happy. That’s because she enjoys the simple things in life—an afternoon by a fish ball cart can pass for the best date she’s ever had, as long as you’ve shown her a great time. She doesn’t expect you to always have your best foot forward. She’d rather have you honest and relaxed because that just means you’re comfortable around each other.

On a regular day, you’ll see her in a classic shirt-and-pants ensemble, which she accents with a tailored coat or a casual jacket, depending on the occasion. She prefers flats and sneakers over heels because she doesn’t like being restricted by what she wears when she’s off on one of her many adventures. She’s straightforward, practical, but somehow still remains to be the classiest woman you’ve seen, and that’s probably because she’s content with who she is.

There’s no use worrying about a low-maintenance woman; she can handle things by herself. You don’t need to drive her around or buy her things that she likes. She can do all that without your help. Independence is her second name, and while she appreciates that she can rely on you, she treats you as her equal. Respect her enough to treat her the same. She was strong on her own before she ever met you, and she still is now.

As much as you enjoy the lightness of her company, remember that she is her own person: She may fall in a dark place if ever you make the silly and illogical decision to leave her, but she won’t stay there for long. She’ll rise above and beyond you without bitterness and complication, because that’s the way she is.