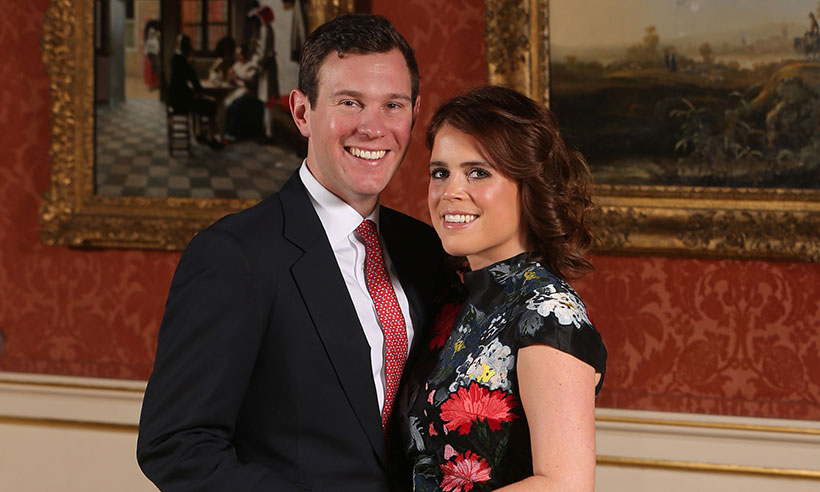 Official photographs of Princess Eugenie and her fiancé Jack Brooksbank, taken by photographer Jonathan Brady, have been released by Buckingham Palace to mark the couple’s engagement. One picture sees the happy couple embrace, with the 27-year-old royal proudly showing off her dazzling engagement ring. The beautiful ring contains a padparadscha sapphire surrounded by diamonds. The photos, which were taken in the Picture Gallery at Buckingham Palace, come just moments after Eugenie’s parents, the Duke and Duchess of York, confirmed the news in a statement, which read: “The Duke and Duchess of York are delighted to announce the engagement of Princess Eugenie to Mr Jack Brooksbank. Her Royal Highness and Mr Jack Brooksbank became engaged in Nicaragua earlier this month. The wedding will take place in the autumn of 2018 at St George’s Chapel in Windsor, with further details to be announced in due course.” 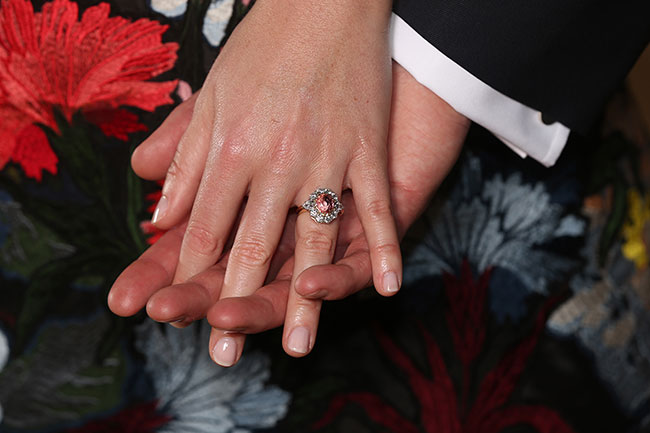 Jack and Eugenie are set to marry at St George’s Chapel, Windsor – just months after Prince Harry and his bride-to-be Meghan Markle will walk down the aisle. Jack’s parents, Nicola and George Brooksbank, also shared their joy in a brief statement. “We could not be more delighted with the news of the engagement. We are completely over the moon and are very excited for them both,” they said. Eugenie has been in a relationship with Jack for more than six years, after they were introduced to each other during a ski break in Verbier, Switzerland.

Their relationship has gone from strength to strength and continued even when Eugenie moved to Manhattan to work for an online auction house. The son of an accountant, Jack was educated at £10,000-a-term Stowe school in Buckinghamshire and with the support of his parents chose to work in hospitality. After spending several years working at Chelsea’s Admiral Codrington, a pub and private dining room, and at The Markham Inn, he finally went on to become the Brand Ambassador of Casamigos Tequila, the award winning brand owned by George Clooney, Rande Gerber and Mike Meldman, which was recently sold. 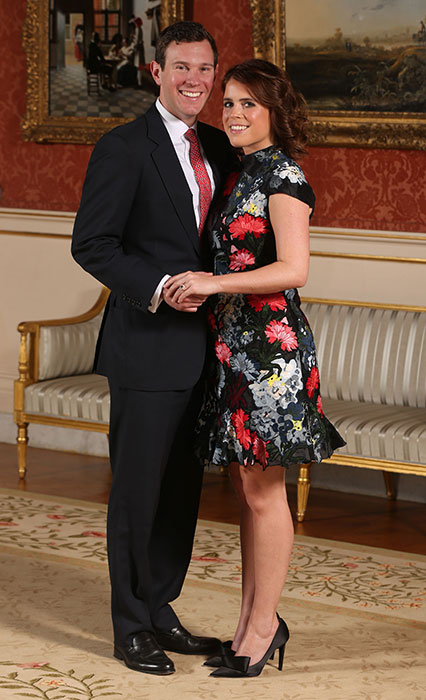