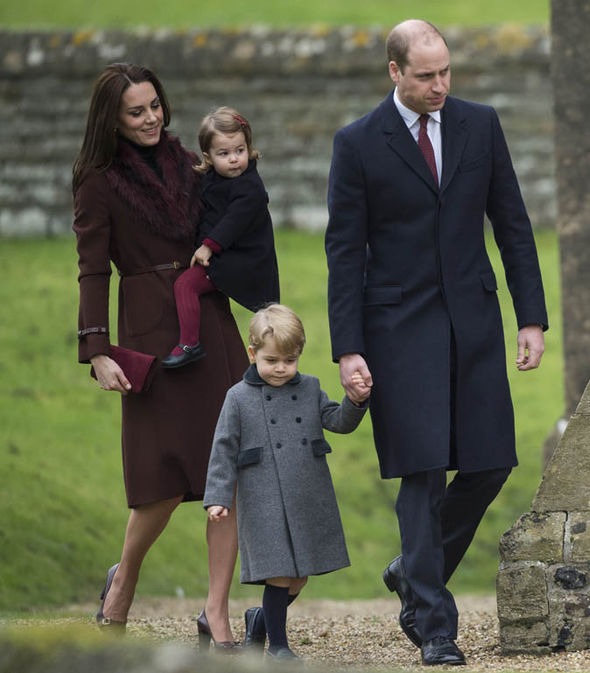 Kate and Prince William are expecting their third child, Kensington Palace has confirmed.

A statement said that the Queen is “delighted” to be expecting another great-grandchild, a little brother or sister to Prince George and Princess Charlotte. “Their royal highnesses the Duke and Duchess of Cambridge are very pleased to announce that the Duchess of Cambridge is expecting their third child,” the statement read. “The Queen and members of both families are delighted with the news. “As with her previous two pregnancies, the Duchess is suffering from Hyperemesis Gravidarum.”

“Her royal highness will no longer carry out her planned engagement at the Hornsey Road Children’s Centre in London today.

“The Duchess is being cared for at Kensington Palace.”

The new baby will be fifth in line to the British throne and the Queen’s sixth great-grandchild. Prince William and the Duchess of Cambridge, popularly known as Kate Middleton, are already in for a busy year as they move back to London to increase their royal workload. Prince George, 4, will begin school this week. Royal fans have long-speculated that the couple might choose to expand their brood and give George and Princess Charlotte, 1, a younger brother or sister.

How will Kate’s third pregnancy differ from her first two?

The Duchess is again suffering from severe morning sickness, as she did during her first two pregnancies. Doctify gynaecologist & obstetrician Mr Mahantesh Karoshi has explained that women who suffer from the condition during their first pregnancy are likely to experience it in subsequent ones.

Mr Karoshi added that because Kate is now older, at 35, than she was during her first two pregnancies, she might notice a few differences during her third pregnancy. “Her belly might look much farther along than she appeared in her previous pregnancies at the same gestational periods because of repeated stretching of abdominal muscles,” he explained.

What will Kate and Prince William name their third child?

The Duke and Duchess will most likely choose a name with royal heritage. George and Charlotte are both the names of former British monarchs, in keeping with tradition. Alice and Victoria are the most likely options if the couple have another daughter, according to bookmakers Betfair. Prince Philip’s mother was named Alice, as was Queen Victoria’s daughter. The name also has a special meaning for Kate, who wrote a dissertation on Alice in Wonderland while at university.Victoria would be a nod to Britain’s second-longest reigning monarch, whose incredible tenure is beaten only by Queen Elizabeth II.While they are likely options for the royals, both names have fallen out of favour among the general public in recent years.They both ranked among the top 20 baby girls’ names in the early 1990s, but now rank 24th (Alice) and 98th (Victoria).

If Kate and William have a boy, Betfair predicts that they will call him Arthur or Henry. Arthur is William’s second name, and was reportedly what Prince Charles originally wanted to call his first born. The last prominent Prince Arthur was Queen Victoria’s son. Henry is the name of eight previous kings of England, and is also the correct first name of Prince William’s brother – known to most as Prince Harry.

Odds on baby names for Kate and William’s third child