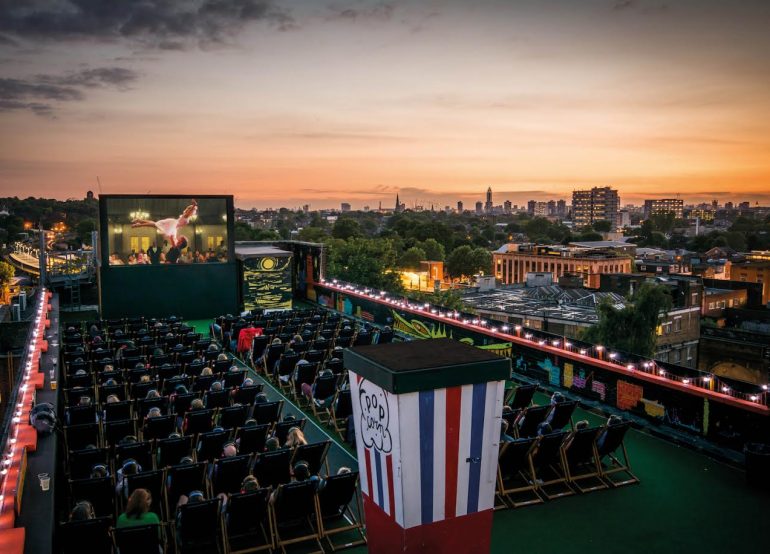 Summer is on its way, shout it from the rooftops! Well, four rooftops in particular: the Bussey Building (Peckham), Roof East (Statford) The Queen of Hoxton (Shoreditch) and Kensington Roof Gardens, who have just been announced as participating venues for the summer 2017 series of Rooftop Film Club.

As we trade our underground cinemas for the sky-high, al fresco variety, some things never change – predominantly boxes of popcorn and an action-packed programme of cult classics and recent releases. It’s lights, camera, action (literally) on Thursday 4th May as The Rooftop Film Club presses play on films featuring iconic rooftop scenes – hello Mary Poppins (Stratford) and Vertigo (Peckham), with street food and drink available to pick at if popcorn isn’t hitting the spot. Shawshank Redemption and The Departed will be shown over the following days, and the cinemas at Shoreditch and Kensington will launch shortly after, on Sunday 7th May. Love birds can trade their deckchairs for love seats big enough for two, as well as a glass of prosecco and bottomless popcorn. If bottomless popcorn doesn’t scream true love then we don’t know what does.

Summer is definitely on its way.