Liam Payne is getting to grips with parenthood! The 23-year-old Old Direction star took to Twitter in the early hours of Tuesday morning to share a funny tweet about nappy changes following the birth of his baby boy with girlfriend Cheryl. Liam uploaded a GIF showing Ross (David Schwimmer) from Friends screaming “No, no, no” with a look of horror on his face. He captioned the clip: “When the fourth nappy happens in 5 minutes.” 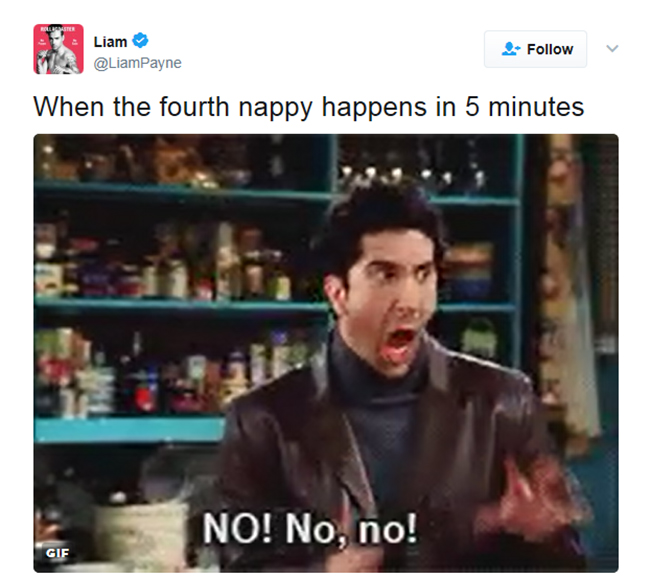 Liam and Cheryl became first time parents to their baby son on Wednesday 22 March. Earlier on Monday, Liam publicly thanked fans for their support following the exciting announcement, tweeting: “Thank you to everyone for the love and supportive messages for myself and @CherylOfficial. It really means a lot.” Meanwhile, it has been reported that Cheryl’s mum Joan Callaghan has moved into the couple’s home to be on hand as they adjust to life with a new baby.

Earlier in the evening, the star had thanked fans for their support following his son’s arrival

The doting grandmother is said to have relocated from her home in Newcastle to Cheryl and Liam’s place in Surrey to assist the pair, with a source telling the Sun: “It’s not going to be forever, but Joan has a room in the house and will be staying for however long she’s needed.” The insider added: “Like any new grandmother, she just wants to offer as much support as possible, without treading on any footsteps. But her house in Newcastle is very much her home.” 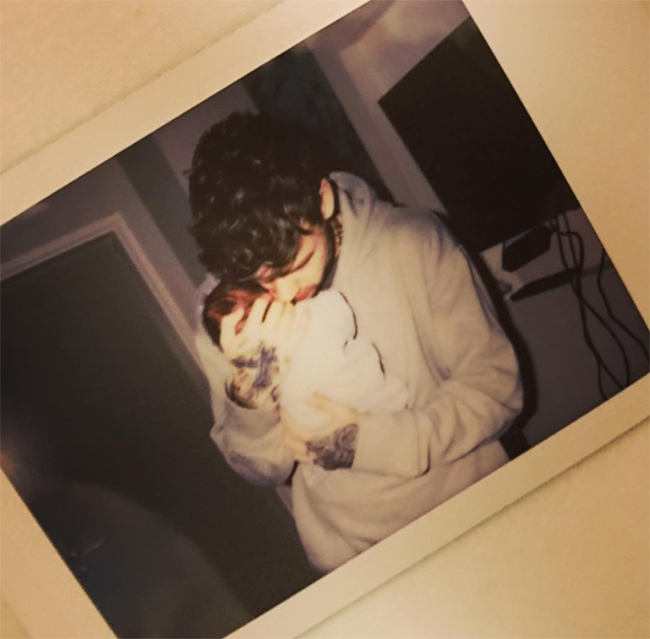