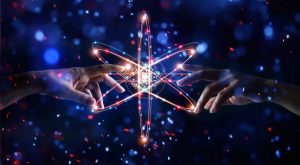 Science is not just a field for men anymore. Here are some significant female scientists from India, we all should watch out for.

Kang is a public health expert who played a crucial role in understanding neglected tropical diseases and the development of the rotavirus vaccine. Rotavirus is a virus that causes gut and intestinal disorders among children such as inflammation, diarrhoea, dehydration, and gastroenteritis among others. Kang’s works focuses on improving the health of children in India. She was also the first Indian woman scientist to join London’s Royal Society.

Much of what we know about earthquakes in India today is thanks to Rajendran’s work. Rajendran has braved political tensions to reach the sites of all of India’s big quakes in recent times, such as what she faced from the Border Security Force when she landed up at the site of the 2001 Kutch earthquake. She once used indigenous knowledge to date an ancient tsunami that occurred in Tamil Nadu 1,000 years ago. Rajendran was awarded India’s first ever ‘National Award for Woman Scientist’ award in 2018.

Sharma, who has been at CERN for 30 years, was part of the team that made waves for discovering the elementary particle Higgs Boson back in 2012. She has been involved in various Indian collaborations with CERN, and has co-authored over 800 papers on high energy physics and detectors. She also runs an educational NGO which aims to help underprivileged children, for which she visits India every six weeks.

Chandrima Shaha is the president-elect and a former vice-president of the Indian National Science Academy. She is an elected fellow of multiple other science academies as well. Her work is focused on understanding tropical diseases, primarily Kala-azar and Leishmaniasis. She has also led an illustrious life outside of academia, having been a vice-captain of West Bengal’s first women’s cricket team and also the first woman cricket commentator for All India Radio.

Jayaraj and Dogra are science journalists who run the feminist publication The Life of Science. Through their project, they aim to tackle the under-representation of women in science, technology, engineering and mathematics (STEM) in India. The project was founded in 2015 and the duo have published over 150 interviews of female scientists across the country. Funded by crowdfunding initiatives and private grants like India Alliance, Jayaraj and Dogra have dealt with scepticism and suspicion for travelling around the country to speak to unknown female path-breakers and cover women achievers.