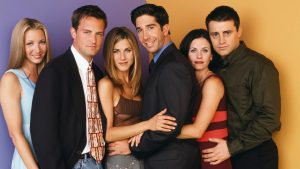 Fans of Friends in the United States are having a meltdown after the show is no longer available to stream on Netflix .

The 1990s sitcom, which had been available on Netflix since Jan. 1, 2015, will disappear into the streaming ether until May, when Friends will be available domestically exclusively on WarnerMedia’s new HBO Max service.

According to reports, this will be a five-year deal estimated to be worth $425 million.

WarnerMedia is believed to have previously paid a combined $1.5 billion for The Big Bang Theory and Two And A Half Men.

Netflix, is widely credited with introducing the sitcom to a new generation, making sure the obsession continues almost 30 years later.

Friends was so popular – second only to The Office – that Netflix reportedly paid another $100 million in 2018 to keep the rights for another year.