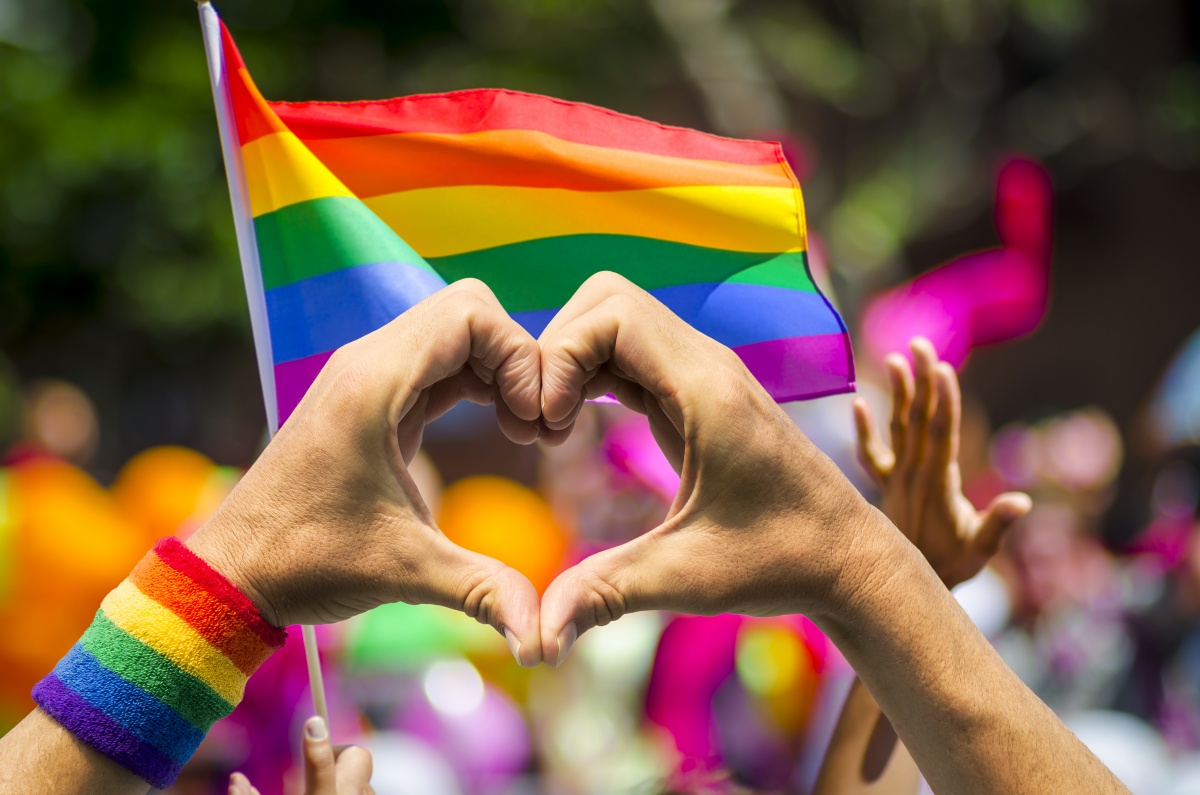 When the Supreme Court took up the issue of gay marriage , Justice Antonin Scalia claimed that experts debate whether same-sex parents are bad for children.

“There’s considerable disagreement among sociologists as to what the consequences are of raising a child in a…single-sex family, whether that is harmful to the child or not,” Scalia declared.

Benjamin Siegel says Scalia’s contention is—not to get too technical—baloney.

Siegel, a School of Medicine professor of pediatrics, coauthored a report, published by the American Academy of Pediatrics the week before the court case, arguing that three decades of research concur that kids of gay parents are doing just fine.

“Many studies have demonstrated that children’s well-being is affected much more by their relationships with their parents, their parents’ sense of competence and security, and the presence of social and economic support for the family than by the gender or the sexual orientation of their parents,” Siegel writes with coauthor Ellen Perrin, a Tufts University professor of pediatrics and director of developmental and behavioral pediatrics.

In an interview with BU Today, Siegel acknowledges the limits of all this research: none of the studies has been a randomized, controlled trial—the Holy Grail of scientific investigation—and all studies of gay parenting are necessarily small, since there aren’t many gay parents. The report cites estimates that gay couples and single parents are raising almost two million American children.

Those caveats notwithstanding, “the preponderance of evidence” says Scalia’s fears are groundless, Siegel says. Does he expect the report to influence either the high court or state legislatures debating gay marriage and adoption? “That’s my hope,” he says, “and I must say, it’s not a political hope. It’s a scientific hope.…That it will put an end to questioning that people who are homosexual cannot raise children or be foster or adoptive parents.”

Siegel says in the Washington Post, one of several major media that picked up his report, that “we’re never going to get the perfect science, but what you have right now is good-enough science. The data we have right now are good enough to know what’s good for kids.”

The best study so far, Siegel tells BU Today, is the National Longitudinal Lesbian Family Study, begun in 1986. The study has followed 154 lesbian mothers and recently checked in on 78 adolescent children, comparing the mothers’ and kids’ self-reported status against national standardized samples.

The lesbian mothers’ reports of their children “indicated that they had high levels of social, school/academic, and total competence and fewer social problems, rule-breaking, and aggressive and externalizing behavior compared with their age-matched counterparts,” Siegel and Perrin write. If you might expect parents to say that, consider their kids’ testimony: “The self-reported quality of life of the adolescents in this sample was similar to that reported by a comparable sample of adolescents with heterosexual parents.”

Siegel and Perrin’s report also cites three studies done in the United States and Europe—two involving lesbian mothers and the third one involving men and women whose adult children reported they’d had a parent involved in a same-sex relationship. Those studies similarly found no difference in outcomes for the children as compared with children of heterosexual parents.

A dissenting Australian study, Siegel and Perrin write, interviewed teachers of 58 children who’d been raised variously by married heterosexuals, unmarried heterosexuals living together, and gay parents living together. Even that study found mixed results (the children of gay parents did more poorly in language and math, but better in social studies and attitudes toward learning, for example). Moreover, most children in the study wound up with gay parents because their straight birth parents had divorced, “potentially adding to the children’s stress,” Siegel and Perrin write. And the Australian researchers suggested the gay couples’ children “were severely stigmatized in their schools and communities,” adding stress.

Siegel cites another antigay parenting study by a University of Texas researcher that has also been criticized for its methodology. The researcher compared children in happy heterosexual marriages with children whose parents divorced after a gay affair. The researcher has admitted that his scientific work and Catholic faith are inseparable; Catholic teaching denounces homosexual acts as sinful.

A university investigation cleared the researcher of scientific misconduct while sidestepping the question of flawed methods, leaving it “to debates that are currently under way in the academy.”