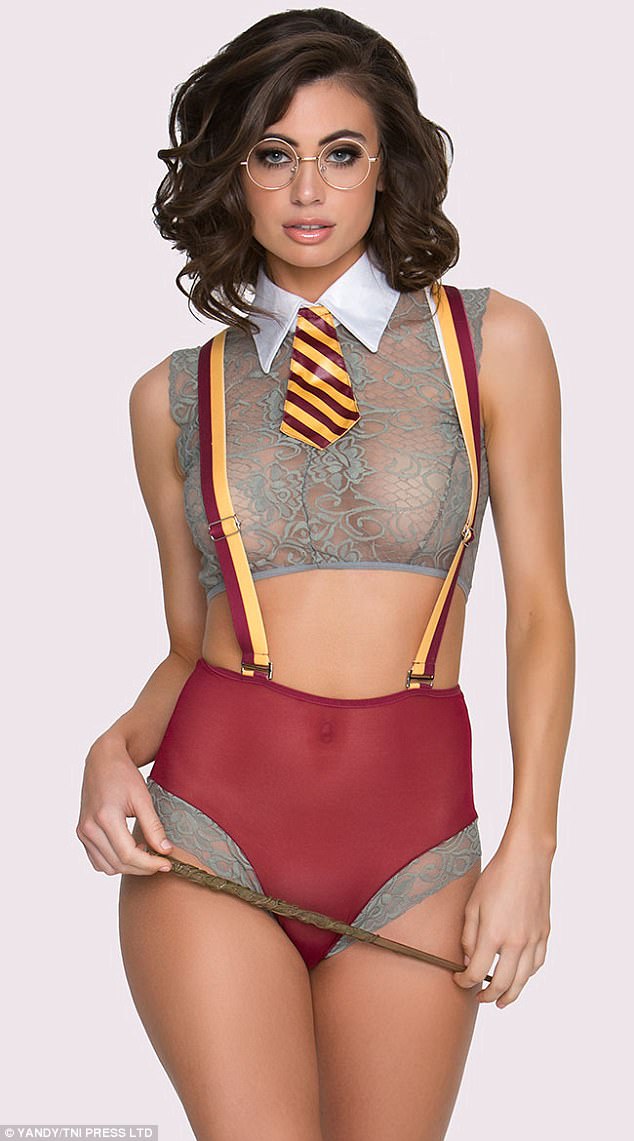 Female Harry Potter fans, have you ever wanted to cast a spell over your other half in the bedroom? Whether it’s for the bedroom or just for fun, becoming the sexiest member of house Gryffindor is now a reality thanks to the latest in new range of underwear that’s fun to wear. Who needs Hermione Grainger and Ginny Weasley when you can make your own magic thanks to this raunchy bedroom costume?

Launched by Yandy.com, the Harry Potter ‘Magic Student Fantasy Lingerie Set’ looks set to be a hit among fans of the franchise. The set compromises of a sheer grey lace crop top with a white collar, a sheer, burgundy high-waisted panty with a grey lace trim, a cheeky cut back, removable burgundy and gold suspenders, and a matching striped tie (glasses not included). As of now, the set is only available in the Gryffindor colours of Harry’s house and there are no plans as yet to include Ravenclaw, Hufflepuff or Slytherin, indicating that romance between houses is prohibited. However, if you’re a fan of wholesome Cho Chang or Bellatrix Lestrange, we won’t tell.

The Potter set is part of a fantasy section in the classy lingerie site which includes sexy superheroes and red hot princesses and is available for pre-order now. Fittingly the set was launched on July 31st, Harry’s birthday.

The set is hoping to prove hugely popular with fans and non-fans of the franchise, flying out the door faster than the speediest of Quidditch players. It is advised to get your order in quick so you can say ‘Expelliarmus’ to your lover’s clothes and ensure the night ends with ‘Mischief Managed!’