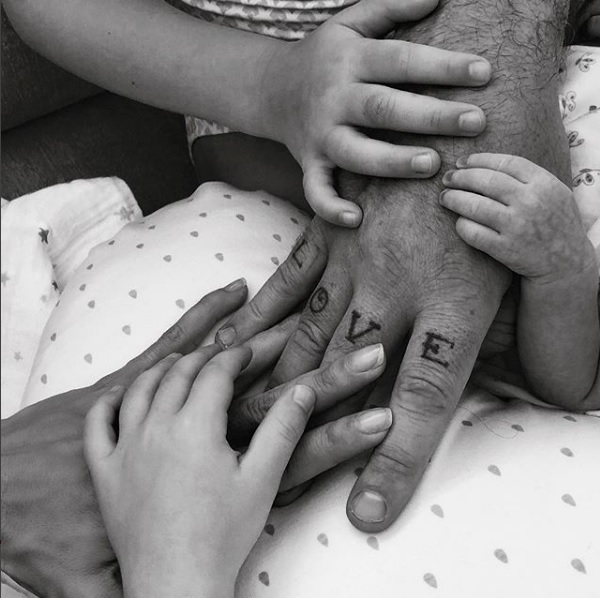 Robbie Williams has spoken for the first time about his baby daughter Coco, who he and wife Ayda Field welcomed via surrogate last week. The former Take That singer surprised fans when he revealed they had secretly welcomed a new addition to the family, and now he says the baby girl is already settling in well with siblings Teddy and Charlton.

“Coco is the most chilled baby I’ve ever known,” he told The Sun, before speaking about the differences with his third child. “It’s funny. The first baby you have, ‘Shh, it’s sleeping,’ then you hear someone coming in that closes the door and you run downstairs and you go, ‘Shh! The baby!’ Then the third one, the television’s on, the kids are playing, the dogs are barking, the baby stays asleep and the world doesn’t end.”

Robbie also said that his five-year-old daughter and three-year-old son are besotted with their baby sister. So much so, that Teddy wants to feed her all the time.

The X Factor judges welcomed baby Coco into their family on 7 September, announcing the news with a sweet black-and-white photo showing their family’s hands. Ayda wrote: “So we have been keeping a very special secret! We are delighted to share with you that we have had a baby girl….welcome to the world Colette (Coco) Josephine Williams!! It has been a very long and difficult path to get here, which is why we have kept it on the down low.”

She continued: “Family comes in all forms, and this little lady, who is biologically ours, was carried by an incredible surrogate mother, to whom we will be eternally grateful. We are over the moon to have this beautiful baby girl in our lives and so blessed that we live in a world which makes this possible. As with Teddy and Charlie, we ask that you respect Coco’s privacy and allow us to grow into our new team of 5! #TeamWilliams.”

The joyous baby news comes just weeks after the couple celebrated their eighth wedding anniversary. Their home and work lives are about to get very busy; not only will Robbie and Ayda be adjusting to life with baby Coco, they are also both mentoring and judging contestants on The X Factor, which returned to screens last week. 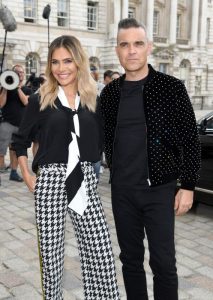