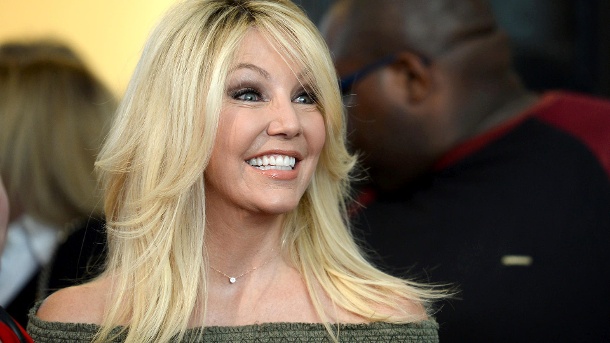 Heather Locklear was arrested Sunday night for battery on a police officer … and this is the second time.

Locklear was taken into custody at her home shortly before midnight and booked for 2 counts of misdemeanor battery upon an officer and emergency personnel.

The original 911 call was for a disturbance. Law enforcement sources say she was heavily intoxicated when a family member called. Heather, who we’re told was extremely agitated, punched a responding deputy who was trying to separate Heather from members of her family.

Paramedics arrived and, while putting her on the gurney, she kicked an EMT.

Heather was taken to a hospital to get checked out and then was taken to jail where she was booked. She’s being held on $20,000 bail.

Locklear was placed on an involuntary psychiatric hold last week after allegedly choking her mom and attacking her dad.