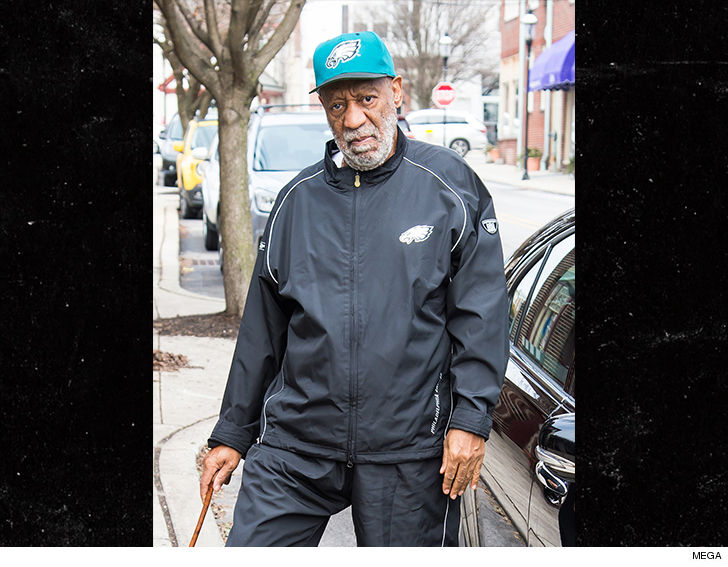 Bill Cosby must really like the Eagles’ chances against the Vikings, ’cause he mustered up enough courage to show his face in public rockin’ their gear.

The disgraced comedian resurfaced Sunday in Philly wearing an Eagles windbreaker and hat as he stopped off at a coffee shop ahead of the team’s NFC Championship game.

We haven’t seen much of him since his mistrial last summer, when the jury couldn’t reach a verdict on charges of sexual assault. His retrial begins in April.

Prosecutors in the Cosby case asked a judge last week to allow 19 additional women to testify against him, in the hopes of establishing a pattern of sexual assault. The judge, Steven T. O’Neill, has yet to rule on the request.

Looks like Cosby’s liking his chances, too, at this point … we’re sensing no shame here.